There was a hug, the balloons were held high and they put on their birthday hats Dublin Airport Yesterday as families welcomed their loved ones back home for the festive season.

None of those who had been reunited with their families in years due to Covid-19 had seen, and although former patrons were returning home to restricted Ireland more than expected, they all agreed that seeing their loved ones was more important.

Sisters Charlotte, 8, and Francesca Morris, 6, dressed up as a reindeer to welcome their uncle Peter Clifford and husband John Novak, whom they had not seen in two years.

Mr. Clifford, who is from Dublin but has lived in Los Angeles in the US for 10 years, said along with the family, it’s the little things he misses – like King Chips and Brinance Bread.

« Seeing the Brennan family sign inside that says ‘Today’s Bread’ will almost make you cry, » he said.

“It’s so weird, you just miss the little things.

« You always miss the food, I’m a crispy guy, and walking down Grafton Street is really special. In Los Angeles, nothing is green.

« So, traveling to Ireland and seeing all the green, it’s so vibrant, it hits you, so this is really special. »

Mr Clifford said he was « extremely excited » about going home but « a little worried » due to the coronavirus restrictions.

« When you come home to Ireland after two years, you really want to experience the things I’m used to, like I want to go to the Grogans. [pub in Dublin city] And I have a pint, that’s number one for me, » he said.

“But how will I feel when they ask me to sit at a table with two or three people?

« Obviously I would, but in my opinion, I’m used to Ireland 2019 where everyone was hugging. »

They were due to go home for their wedding next September, but they surprised their family a month ago after deciding to move home in Ireland for good for Christmas this year.

Ms Morelli said the distance between her and her family had felt « much greater » during the pandemic as New Zealand’s borders were virtually closed.

There are about 100 cases per day [in New Zealand] So it’s totally different here but we’re happy to be back home.

« The best thing about coming back is seeing all these guys, our family, we’re looking forward to catching up, we just got engaged in August so there’s going to be a lot of celebration. »

Niamh Land reunited with her sister Eileen Broome, her husband and their three children after more than two years of separation.

Mrs. Broome, of Castlebar, has lived in Co Mayo, Colorado, USA for 18 years, but she tries to come home to Ireland every Christmas. But the last time she came back was in 2018.

She lives in Denver with her husband, Jake, and their three children, Shana, Pierce, and Carter.

« Now, I’m so tired because there’s a time difference of seven hours and it took us 14 hours to get here. »

Eileen has four siblings and there are 15 grandchildren in total. She said it would be the first time all fifteen grandchildren had met each other.

« The best thing about being at home is 100 pieces of my family, I give my family, » she said.

“Well sorry, I don’t have to say it, we still have a great birthday, but I miss my family so much.

« This was probably the biggest period I didn’t come home, except when I had one of the kids. »

Friends Shannon McPhee and Alisha Malone of Cookstown, Tyrone, traveled home for Christmas from Doha, Qatar, where they work as teachers.

« We’ve been there since August, but we’re excited to be back home, » said Ms. McVeigh.

“We are not worried [about Covid-19] Because we did the tests. »

« We’re just looking forward to getting back home and seeing the people, » Malone added.

« I’m going to spend Christmas with my family – my mum and dad. » 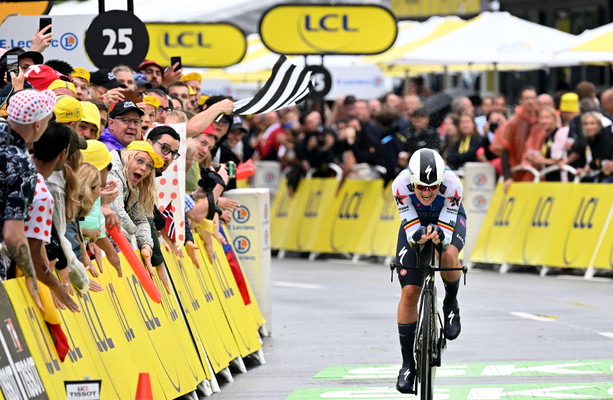