Scientists have measured the highest toughness ever recorded, of any material, while investigating a metallic alloy made of chromium, cobalt, and nickel (CrCoNi). Not only is the metal extremely ductile – which, in materials science, means highly malleable – and impressively strong (meaning it resists permanent deformation), its strength and ductility improve as it gets colder. This runs counter to most other materials in existence.

“In the same units, the toughness of a piece of silicon is one, the aluminum airframe in passenger airplanes is about 35, and the toughness of some of the best steels is around 100. So, 500, it’s a staggering number.” — Robert Ritchie

“When you design structural materials, you want them to be strong but also ductile and resistant to fracture,” said project co-lead Easo George, the Governor’s Chair for Advanced Alloy Theory and Development at ORNL and the University of Tennessee. “Typically, it’s a compromise between these properties. But this material is both, and instead of becoming brittle at low temperatures, it gets tougher.”

CrCoNi is a subset of a class of metals called high entropy alloys (HEAs). All the alloys in use today contain a high proportion of one element with lower amounts of additional elements added, but HEAs are made of an equal mix of each constituent element. These balanced atomic recipes appear to bestow some of these materials with an extraordinarily high combination of strength and ductility when stressed, which together make up what is termed “toughness.” HEAs have been a hot area of research since they were first developed about 20 years ago, but the technology required to push the materials to their limits in extreme tests was not available until recently.

“The toughness of this material near liquid helium temperatures (20 kelvin, -424 °Fahrenheit) is as high as 500 megapascals square root meters. In the same units, the toughness of a piece of silicon is one, the aluminum airframe in passenger airplanes is about 35, and the toughness of some of the best steels is around 100. So, 500, it’s a staggering number,” said research co-leader Robert Ritchie, a senior faculty scientist in Berkeley Lab’s Materials Sciences Division and the Chua Professor of Engineering at UC Berkeley.

Ritchie and George began experimenting with CrCoNi and another alloy that also contains manganese and iron (CrMnFeCoNi) nearly a decade ago. They created samples of the alloys then lowered the materials to liquid nitrogen temperatures (around 77 kelvin, or -321 °F) and discovered impressive strength and toughness. They immediately wanted to follow up their work with tests at liquid helium temperature ranges, but finding facilities that would enable stress testing samples in such a cold environment, and recruiting team members with the analytical tools and experience needed to analyze what happens in the material at an atomic level took the next 10 years. Thankfully, the results were worth the wait.

Peering into the crystal

Many solid substances, including metals, exist in a crystalline form characterized by a repeating 3D atomic pattern, called a unit cell, that makes up a larger structure called a lattice. The material’s strength and toughness, or lack thereof, come from physical properties of the lattice. No crystal is perfect, so the unit cells in a material will inevitably contain “defects,” a prominent example being dislocations – boundaries where undeformed lattice meets up with deformed lattice. When force is applied to the material – think, for example, of bending a metal spoon – the shape change is accomplished by the movement of dislocations through the lattice. The easier it is for the dislocations to move, the softer the material is. But if the movement of the dislocations is blocked by obstacles in the form of lattice irregularities, then more force is required to move the atoms within the dislocation, and the material becomes stronger. On the flip side, obstacles usually make the material more brittle – prone to cracking.

“We were able to visualize this unexpected transformation due to the development of fast electron detectors in our electron microscopes, which allow us to discern between different types of crystals and quantify the defects inside them at the resolution of a single nanometer – the width of just a few atoms – which as it turns out, is about the size of the defects in deformed NiCoCr structure.” — Andrew Minor

Using neutron diffraction, electron backscatter diffraction, and transmission electron microscopy, Ritchie, George, and their colleagues at Berkeley Lab, the University of Bristol, Rutherford Appleton Laboratory, and the University of New South Wales examined the lattice structures of CrCoNi samples that had been fractured at room temperature and 20 K. (For measuring strength and ductility, a pristine metal specimen is pulled until it fractures, whereas for fracture toughness tests, a sharp crack is intentionally introduced into the sample before it is pulled and the stress needed to grow the crack is then measured.)

The images and atomic maps generated from these techniques revealed that the alloy’s toughness is due to a trio of dislocation obstacles that come into effect in a particular order when force is applied to the material. First, moving dislocations cause areas of the crystal to slide away from other areas that are on parallel planes. This movement displaces layers of unit cells so that their pattern no longer matches up in the direction perpendicular to the slipping movement, creating a type of obstacle. Further force on the metal creates a phenomenon called nanotwinning, wherein areas of the lattice form a mirrored symmetry with a boundary in between. Finally, if forces continue to act on the metal, the energy being put into the system changes the arrangement of the unit cells themselves, with the CrCoNi atoms switching from a face-centered cubic crystal to another arrangement known as hexagonal close packing.

This sequence of atomic interactions ensures that the metal keeps flowing, but also keeps meeting new resistance from obstacles far past the point that most materials snap from the strain. “So as you are pulling it, the first mechanism starts and then the second one starts, and then the third one starts, and then the fourth,” explained Ritchie. “Now, a lot of people will say, well, we’ve seen nanotwinning in regular materials, we’ve seen slip in regular materials. That’s true. There’s nothing new about that, but it’s the fact they all occur in this magical sequence that gives us these really tremendous properties.”

The team’s new findings, taken with other recent work on HEAs, may force the materials science community to reconsider long-held notions about how physical characteristics give rise to performance. “It’s amusing because metallurgists say that the structure of a material defines its properties, but the structure of the NiCoCr is the simplest you can imagine – it’s just grains,” said Ritchie. “However, when you deform it, the structure becomes very complicated, and this shift helps explain its exceptional resistance to fracture,” added co-author Andrew Minor, director of the National Center of Electron Microscopy facility of the Molecular Foundry at Berkeley Lab and Professor of Materials Science and Engineering at UC Berkeley. “We were able to visualize this unexpected transformation due to the development of fast electron detectors in our electron microscopes, which allow us to discern between different types of crystals and quantify the defects inside them at the resolution of a single nanometer – the width of just a few atoms – which as it turns out, is about the size of the defects in deformed NiCoCr structure.”

The CrMnFeCoNi alloy was also tested at 20 kelvin and performed impressively, but didn’t achieve the same toughness as the simpler CrCoNi alloy.

Now that the inner workings of the CrCoNi alloy are better understood, it and other HEAs are one step closer to adoption for special applications. Though these materials are expensive to create, George foresees uses in situations where environmental extremes could destroy standard metallic alloys, such as in the frigid temperatures of deep space. He and his team at Oak Ridge are also investigating how alloys made of more abundant and less expensive elements – there is a global shortage of cobalt and nickel due to their demand in the battery industry – could be coaxed into having similar properties.

Though the progress is exciting, Ritchie warns that real-world use could still be a ways off, for good reason. “When you are flying on an airplane, would you like to know that what saves you from falling 40,000 feet is an airframe alloy that was only developed a few months ago? Or would you want the materials to be mature and well understood? That’s why structural materials can take many years, even decades, to get into real use.”

This research was supported by the Department of Energy’s Office of Science. The low-temperature mechanical testing and neutron diffraction was performed at the ENGIN-X ISIS Facility at the Rutherford Appleton Laboratory, led by first author Dong Liu. Microscopy was performed at the National Center for Electron Microscopy at the Molecular Foundry, a DOE Office of Science user facility at Berkeley Lab. The other authors on this project were Qin Yu, Saurabh Kabra, Ming Jiang, Joachim-Paul Forna-Kreutzer, Ruopeng Zhang, Madelyn Payne, Flynn Walsh, Bernd Gludovatz, and Mark Asta. 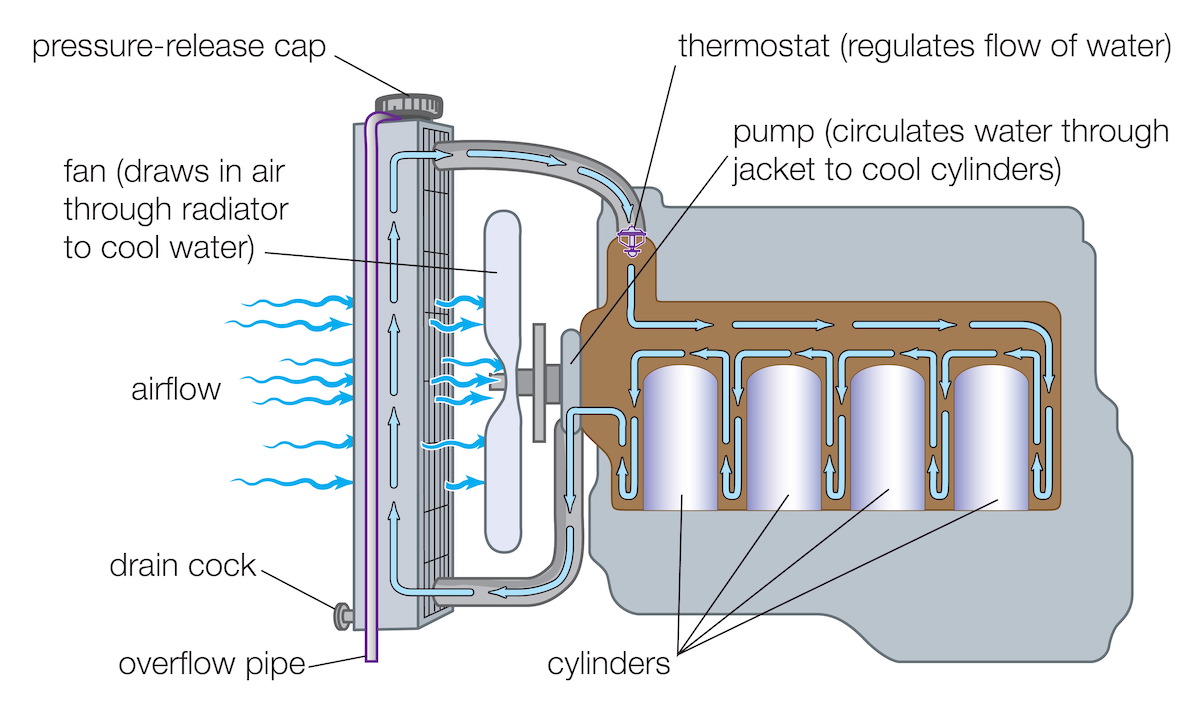